The arrow of time

for two percussionists and two pianists 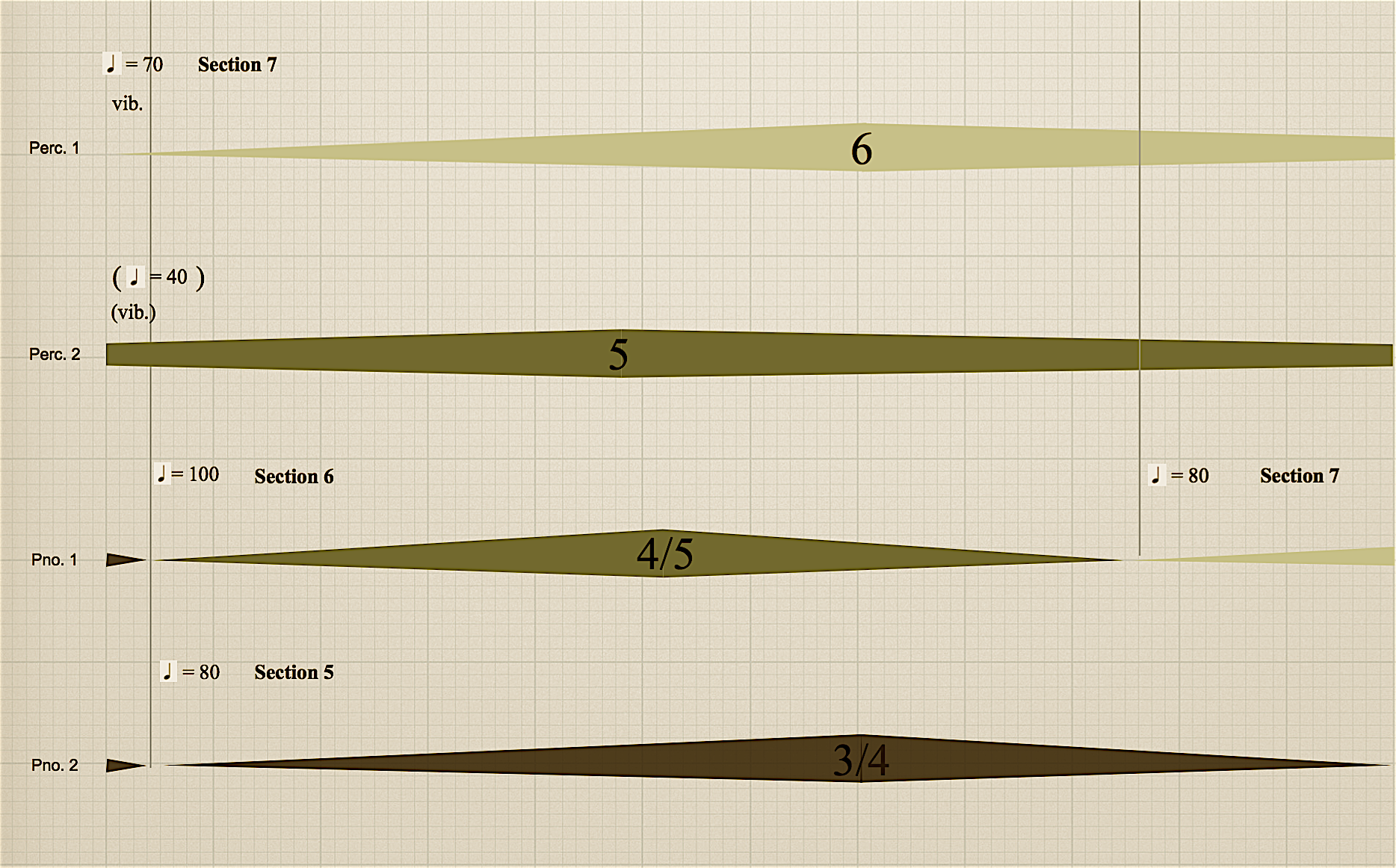 “Great is the matter of birth and death / Life flows quickly by / Time flies like an arrow / Wake up! Wake up! / Don’t waste a moment!”

These words are often found engraved in the Han, a heavy solid board of wood hung by the front door of Zen meditation halls. A rhythm is beaten with a wooden mallet on the Han three times a day to signal times in the monasteries. The characteristic contracting rhythmic pattern (from longer to shorter values) references impermanence of life, while at the same time summons the monks to be mindful in their practice in order to transcend the cyclicality of life and death.

The arrow of time presents the Buddhist contracting rhythmic, adding to it an expanding rhythmic pattern –from shorter to longer values. The resulting contraction/expansion leads to a cyclical 10-bar phrase that emphasizes the notion of eternal recurrence. Each of the performers repeats this phrase eight times in different tempi. At the end of the eighth repetition or section, all performers synchronize at section one and the cycle is repeated. This process can be continued for as long as the performers decide and the context of the performance allows.

From the listener’s perspective, the material becomes clearer and more transparent as one is able to perceive the cycles of each instrument individually. As a result of the listener’s attention to each individual cycle, there is an increase in the perception of the various synchronicities that happen in different points of time between two or more instruments. These different simultaneous temporalities in which the cycles occur can be seen as a reflection of the challenges of our existence as individuals, community, humanity, and planet. Just as the listener attempts to integrate the different tempi and cycles of the instruments so can we see the dilemma of humanity to find harmony within the many different tempi of our world. Listening for the simultaneity within the diversity of The arrow of time may be experienced as the effort and commitment it takes to develop mindfulness and presence. In a time of great change and diversity, the call of the Han reminds us that the answers may lie in the sole act of listening and being focused.

An extended version with varying instrumental combinations and densities can be found below.

The arrow of time (original version)

The arrow of time (extended version)