based on a free improvisation by R. Mitchell, K. Baku and C. Taborn 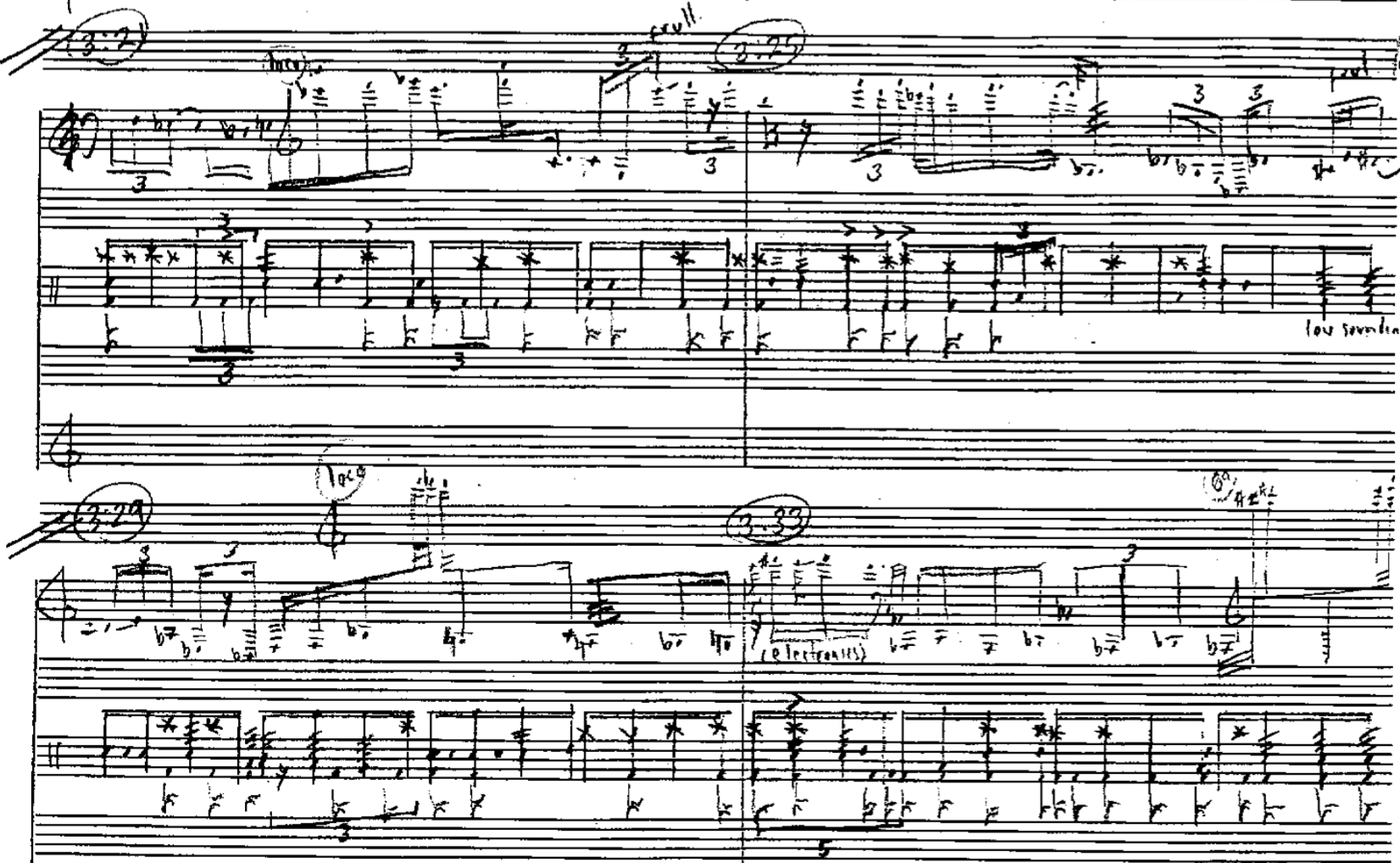 This piece is a commission from Roscoe Mitchell for his orchestral cycle "Conversations for Orchestra". It was premiered in Reykjavik, Iceland, in the 2016 Tectonics festival, and has been subsequently performed by the Scottish BBC Symphony Orchestra, Orchestra del Teatro Comunale di Bologna and the Montréal Toronto Art Orchestra. "Splatter" is a transcription and orchestral arrangement of a free improvisation of the same title included in the album titled "Conversations I", released in 2014. The album features Roscoe Mitchell on saxophones, Kikanju Baku on drums and Craig Taborn on piano and electronics. For this piece I was particularly interested in Mitchell’s polyphonic/multiphonic playing in the bass saxophone and the rhythmic complexity of Baku’s relentless rhythmic saturation. The arduous transcription process was compensated with invaluable insight about this group’s improvisational and overall musical vocabularies. The orchestration aims to display the characteristic energy flow and development in Roscoe Mitchell’s masterful formal conception of improvisation. It was recently released by the Italian label I dischi di angelica as the title track of the 2020 album "Splatter", performed by the Orchestra del Treatro Comunale di Bologna, conducted by Tonino Battista, at the 2017 AngelicA festival in Bologna. Deepest gratitude to Roscoe Mitchell for his remarkable enthusiasm for this project.