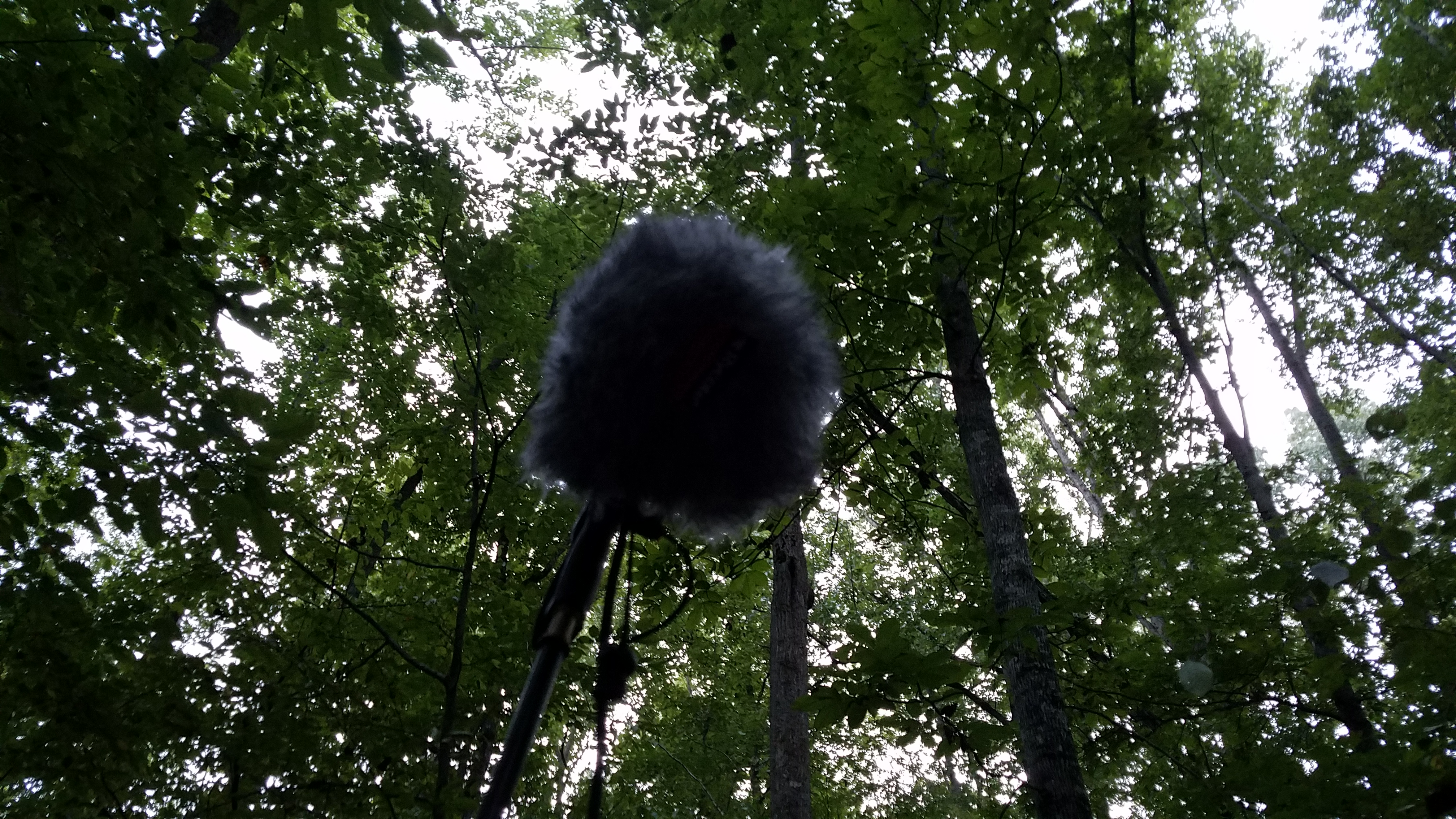 All the musical materials performed by Splinter Reeds (Kyle Bruckmann, oboe | Bill Kalinkos, clarinet | David Wegehaupt, saxophone | Jeff Anderle, bass clarinet | Dana Jessen, bassoon) are derived from direct transcriptions and arrangements of recordings of the summer dusk and night sounds of insects and other creatures in a Virginia forest. Every movement in the piece is a fragment taken from the 40 minute original recording. The striking increase in density and loudness as dusk becomes night is the guiding formal principle of the piece. The recordings, featured in the electronics, were made with five simultaneous microphones in a pentagonal formation, at a distance of ~30 meters between each mic. Each of the five microphone analyses and transcriptions was assigned to an instrument (mic 1 to ob.; mic 2 to cl., etc.), rotating the pairings in each movement. The multi-channel recording sought an expanded listening field resulting from the different microphone responses and placings. Among the various features of the night sounds, one particularly caught my ears: constantly microtonally morphing triads and their aggregates resulting from the superimposition of the multitude of crickets.