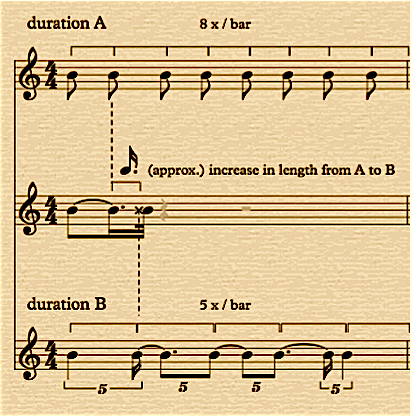 This paper focuses on Peter Ablinger's fascinating reflection on perception as a compositional building block in the fourth piece of cycle "Quadraturen". The paper begins with an overview of the salient musical and conceptual features of Quadraturen IV. It then explores different connections of the piece as a translation of “reality” through music notation, orchestration and performance with theories of perception developed by biologist Humberto Maturana, cyberneticist Gregory Bateson and art critic Jonathan Crary. Lastly, as a reading of Bateson’s multiple versions of the world, Maturana’s ideas about perception in Autopoiesis and cognition, and Ablinger’s techniques used in Quadraturen IV, an alternate experimental idea of a spectral analysis and translation to music for performers is provided. This model is an example of a different approach to composition that would incorporate simultaneous modes of perception and instrumentations of the same environmental recording.