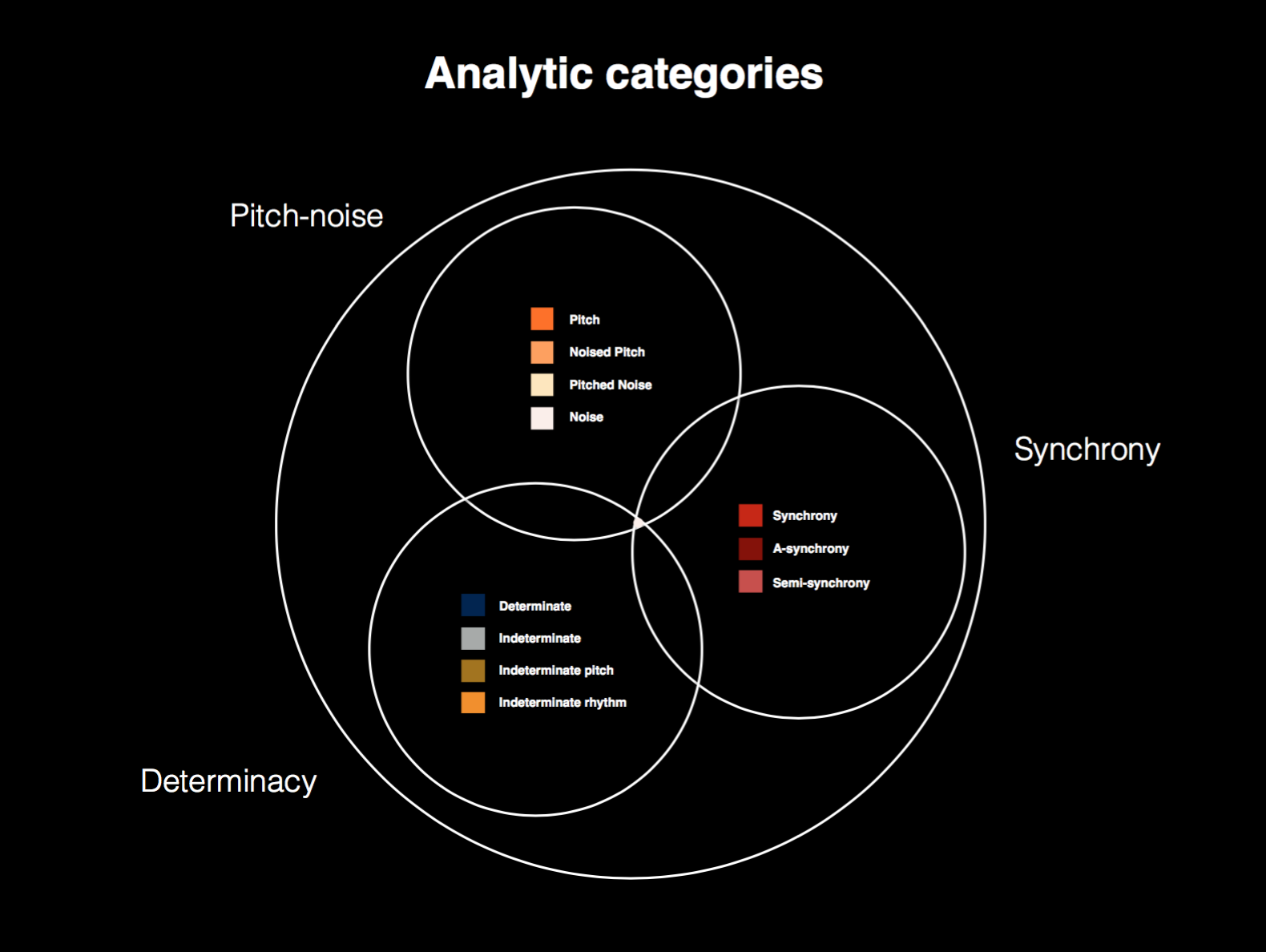 Korwar (1972) is a piece for harpsichord and tape written by French composer, musicologist, zoomusicologist, art historian and archeologist, François-Bernard Mâche (b. 1935). It is one of a multitude of works by Mâche that consist of, in his words, “an aesthetic project on the basis of a harmony with natural data”1. In Korwar, sounds of human speech (in Xhosa –a Niger-Congo language), birds, boars, whales, frogs, shrimp, guanacos, and rain, are the natural data from which the aesthetic idea of the piece is derived. Such human, animal and geological sounds are both featured as pre-recorded sounds in the piece and treated as sound models that are translated into motivic, textural and timbral material for the harpsichord. This analysis explores the relationships between the harpsichord and the pre-recorded sounds with regards to three main categories: 1. timbre (on a pitch to noise gradient), 2. synchrony, and 3. notation (on a determinate to indeterminate gradient). Conclusions regarding Form are extracted from the timbre-synchrony-notation analysis. In addition to the aforementioned comparative focus, the analysis also studies the harpsichord and tape parts independently, presenting Mâche’s various ideas of transcription, notation and instrumentation of pre-recorded natural and human sounds.